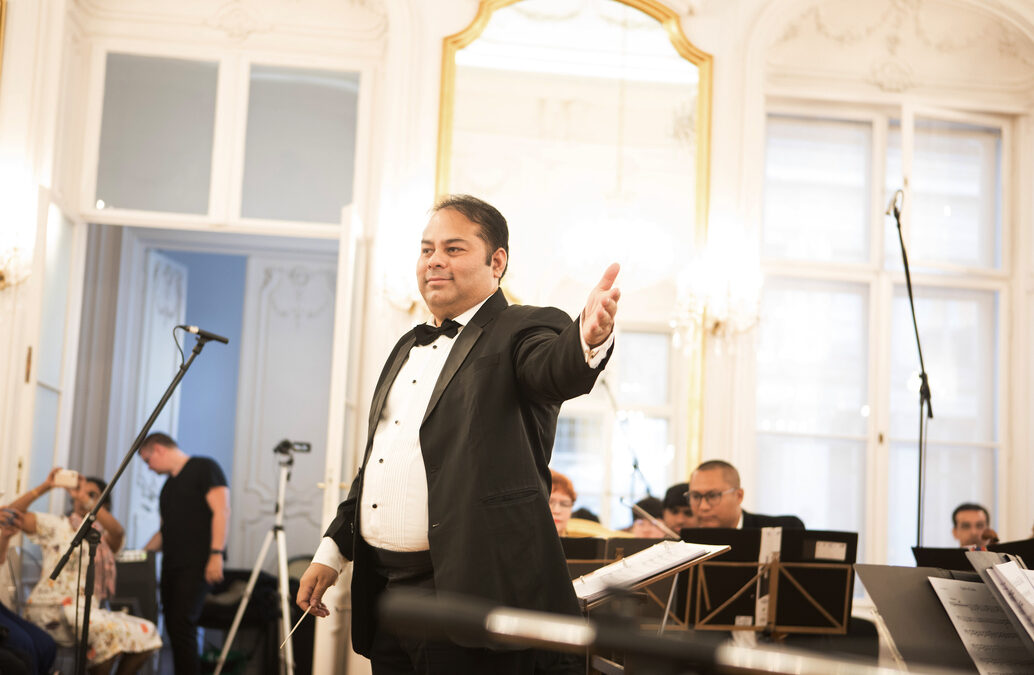 The Concert at Festetics Palace – August 2022

Indo-European Youth Orchestra is probably the first Western Classical Chamber/Youth Orchestra from India that performed in Europe. IEYO’s first concert in Europe was held in Budapest at the Danube Palace hall on 18th August 2019.

IEYO brought together an ensemble of young and advanced musicians from different parts of India, including nationalities of India, Hungary, Australia, South Korea, and the United States for the second edition of the Grand Budapest Concert this year on 14th August 2022 at the prestigious Festetics Palota in Budapest, Hungar. The ensemble consisted of instrumentalists: ‘1st Violin and 2nd Violin sections, Viola, Cello, and Santoor.’

The concert and workshop project took place in Budapest from 9th Aug to 14th Aug 2022 culminating with a Gala Concert on 14th Aug at the Festetics Palota under the baton of internationally known Indian composer and conductor Maestro Michael Makhal (Director of Music at IEYO). The young and adult musical talents had been selected through auditions from Mumbai, Hyderabad, Vellore, Kolkata, Aizawl and Bengaluru for the concert, which includes Indian, American, Australian and South Korean citizens. Also, one Indian American NRI member was selected from Tallahassee, the United States.

This year, IEYO had two concerts in Budapest, Hungary. One, at Festetics Place and another at the ASCC, Embassy of India for Azadi ka Amrit Mahotsav. The Indo-European Youth Orchestra (IEYO), an ensemble of its own kind, performed in Budapest with highly talented young and adult musicians. IEYO had father and son Violinists in the ensemble, something very rare to see worldwide. Also, young soloists from Hyderabad, students of the Art of Violin Hyderabad. Two talented young violinists from Mumbai, students of Troika Music School. There was a wonderful blend of students and professionals both. The lead Violinist was from Mizoram, a highly skilled player. There were six professional Hungarian guest musicians who played with IEYO in both concerts, making it a true event of upholding friendship and spreading joy through music. Moreover, well-known Kolkata-based Santoor player Debanshu Sen, a student of Ustad Aashish Khan ji was part of the orchestra too in this year’s concerts in Hungary.

Maestro Michael Makhal: “Indo-European Youth Orchestra is a very unique Orchestra, two of the major specialties of our ensemble and performances are that we prefer to involve a small team of local musicians of the visiting country in our concerts and we perform Western classical music as well as Indian music both, spreading the message of joy and unity through our performance and making it a very meaningful endeavor. We hope to have the opportunity to perform around the world. We are glad to be able to resume our remarkable collaboration again after the gap of two years due to the pandemic. We hope the saga will continue ceaselessly and we will be able to carry our music and represent our incredible nation India to every corner of the world.”