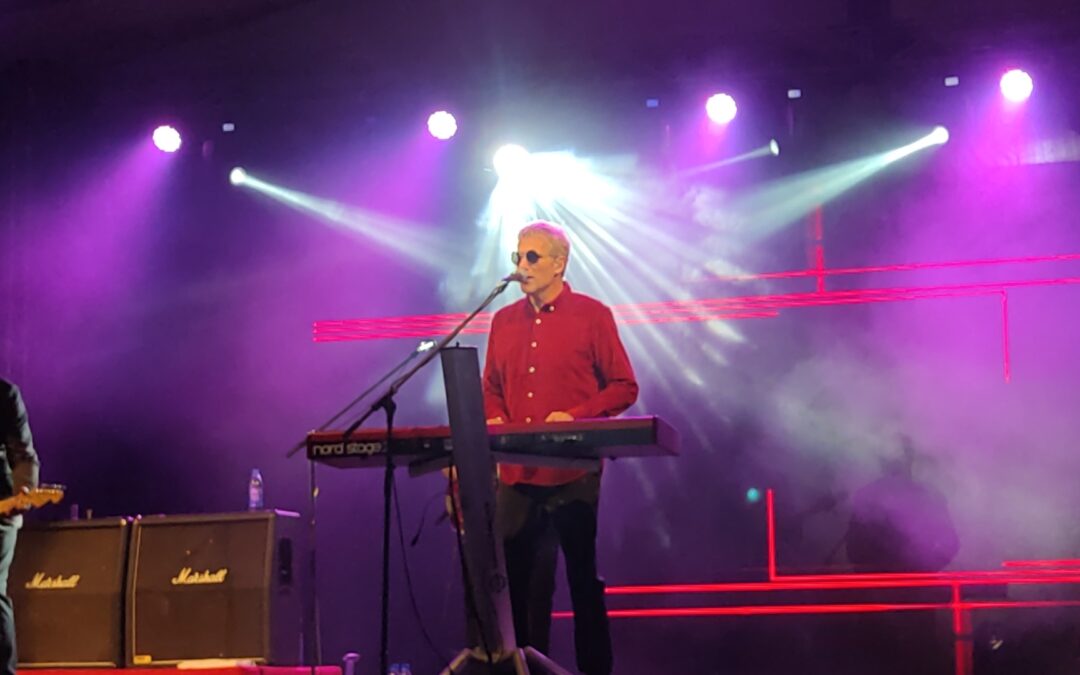 The “Paint My Heart” band from Denmark recently performed at the North Eastern Stae of Mizoram as part of their India tour in 2022. Aizawl, the capital city of Mizoram, was thrilled to welcome the legendary band Michael Learns To Rock to their musical city and the concert witnessed a huge crowd of MLTR fans dancing and humming to the evergreen tracks in the evening of the 25th of November 2022 at the AR ground as part of its BACK ON THE ROAD Worldwide tour.

Michael Learns to Rock (MLTR) is a Danish soft rock and pop rock band formed in 1988. The band currently consists of Jascha Richter, Mikkel Lentz, and Kåre Wanscher. Søren Madsen was an original member of the group since its formation but left in 2000. Earlier, on 13 December 2015, MLTR performed live for the first time in North East India’s city of Guwahati in Assam, known for its tradition and culture, in front of a huge audience at the Sarusajai Stadium.

Music Pro Team has spoken to renowned Violinist Brengle JC Lalhimpuia from Aizawl, who attended the MLTR Concert on 25th November. He shared with us saying, “When the announcement was made about the concert of MLTR and their music videos, as well as pictures and promotional posters, started floating on the internet and Whatsapp message and status, also on Facebook and Instagram stories – the online tickets got sold out in no time.”

Brengle told us, the entire MLTR band was very friendly with their fans. He also shared on his Facebook a post by Michael Learn To Rock, that say: “Aizawl…we will never forget last night. Thanks for welcoming us to your beautiful city and giving us all your love.

” The Facebook handler of the world-famous band has also shared a Clip from the concert, which is liked and shared by many.

This is for the first time the MLTR concert to place in Aizawl, it was indeed a very special evening for all the music lovers in the state, said Brengle. He also mentioned that well-known bands like Smokie, Firehouse, Petra, Boney M, Eric Martin of Mr. Big band, Michael Angelo Batio, and Shawn Lane are among the bands that performed before MLTR got on the stage that evening. There were a few local musicians and soloists who performed before the concert on that day as well. The MLTR Band’s legendary Vocalist Jascha Ritcher was amazed by the audience who can sing along with all their songs, and he told that he loved Aizawl so much.

Brengle also candidly shared with us that, he thinks all the Michael Learns To Rock (MLTR) band members maintain their fitness very well which is very important for touring artists. He was astonished at how they still had the same Voice, tonal quality, top playing technique, and physical fitness. As a signing-off note, Brengel says, “I wish, more such bands and musicians come to India and perform here more often.”