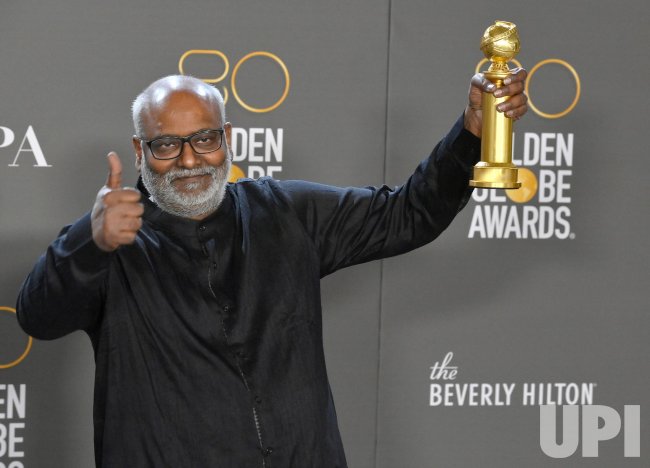 Maestro MM Keerava won the Golden Globe for the best original song for RRR’s Natu Natu at the 80th Golden Globe 2023. He is one of the most highly admired and respected music composers in India. He has composed songs and background scores for a number of films in his career including Bahubali 1&2. In Bollywood, he is known as MM Kreem and all his Hindi films are musically superhits, namely Criminal and Sur. Mr. Keeravani won the National Film Award for Best Music Direction for the 1997 Telugu film Annamayya. Kala Bhairava, son of MM Keeravani and singer Rahul Sipligunj have also won the Golden Globe for Natu Natu song.

As Indians and music enthusiasts, We are absolutely thrilled that MM Keeravani has won the golden globe for his song “Natu Natu” from the movie RRR. This is a truly deserved award and we could not be more proud of him. His work on this movie was truly exceptional and this song is a perfect example of that. It is an absolutely beautiful song that captures the emotions of the movie perfectly. We are so happy for him and we know that this is just the beginning of great things to come for him, maybe the Oscar too!

MM Keeravani was born in Telangana, India, in 1966. He started his career as a music composer in the Telugu film industry in the early 1990s. He has since composed music for over 100 films. Some of his most popular works include the Baahubali franchise, Rangasthalam, and Soggade Chinni Nayana. MM Keeravani’s work has earned him several awards and nominations, including the National Film Award for Best Music Direction. He is also a recipient of the Padma Shri, one of India’s highest civilian honors.

In addition to his work in the film industry, MM Keeravani is also a well-known playback singer. He has sung for some of the most popular Telugu songs, including “Jeeva Hoovagide” from the film Eega and “Dheevara” from Baahubali. MM Keeravani is one of the most popular and acclaimed music composers in India. His work has earned him critical acclaim and a huge fan following worldwide. Congratulations, Maestro Keeravani!